HackIllinois 2016 was scheduled for the weekend of February 19-21. Since I’m a seasoned Hackathon Hacker, I decided to join staff and catch a glimpse into what it takes to run one of the best hackathons in the Midwest. The weekend before the event, we had a staff picnic, so that we could get together and make sure all of our plans were set in motion (and get our fancy staff jackets). 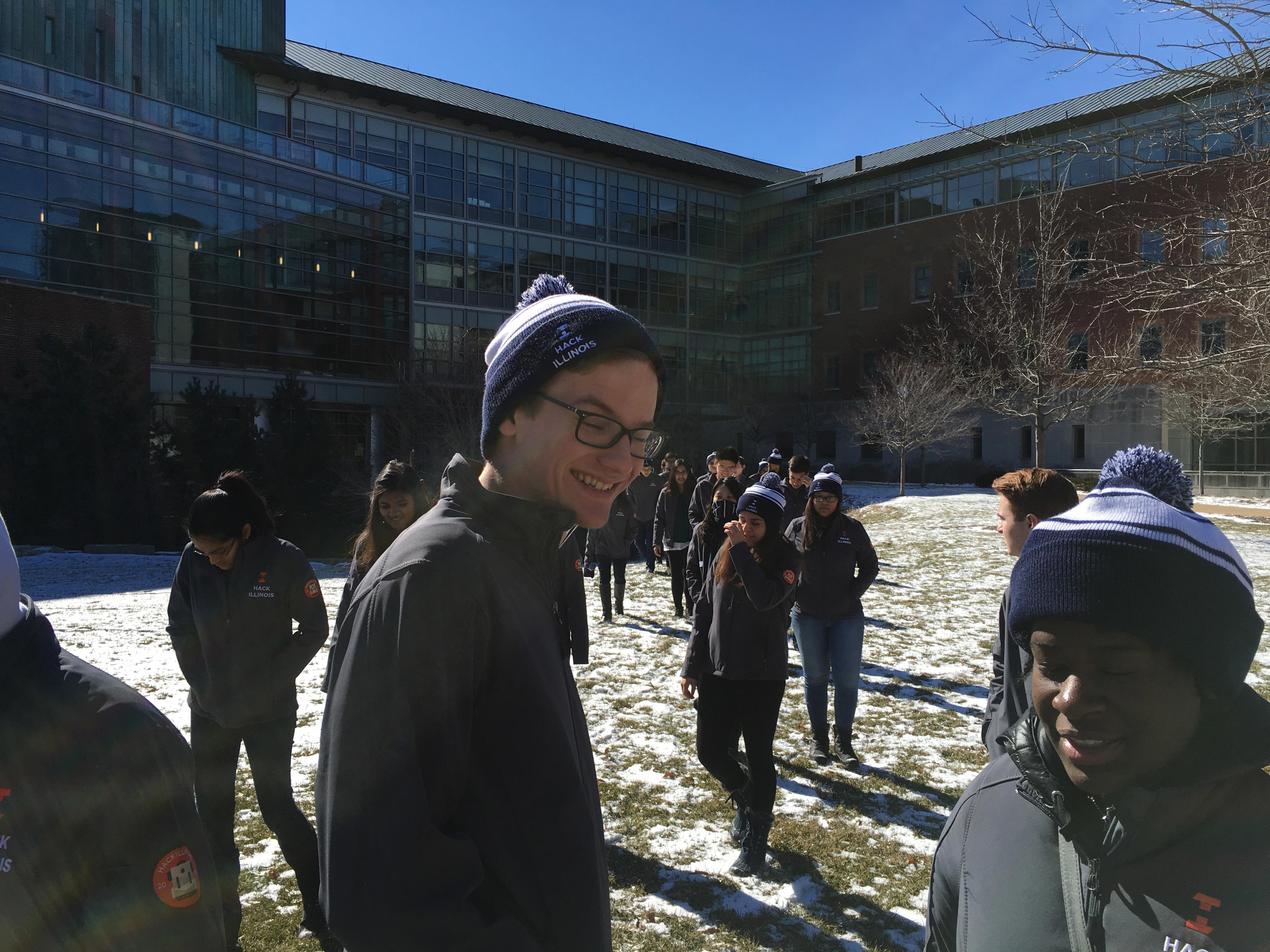 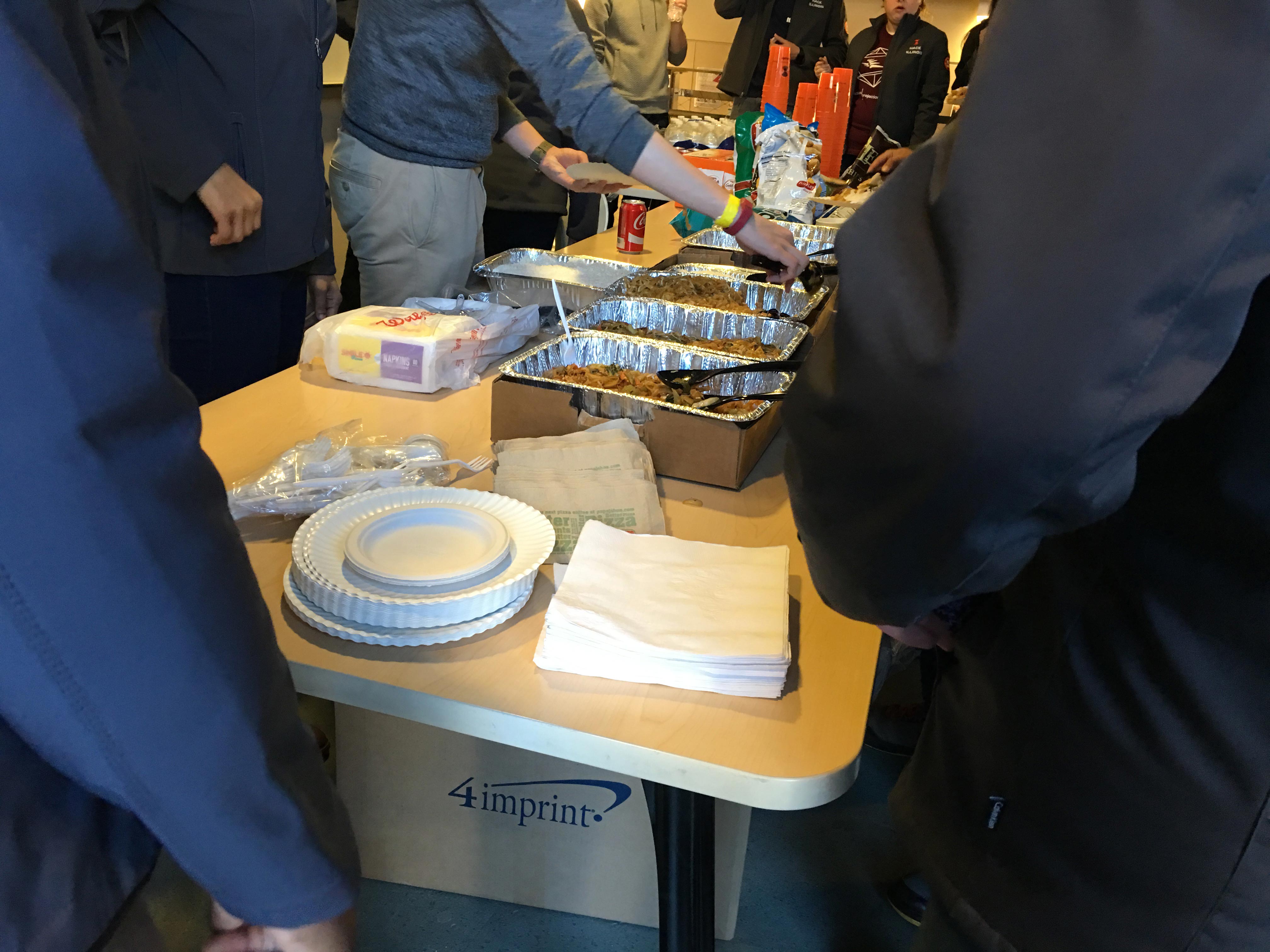 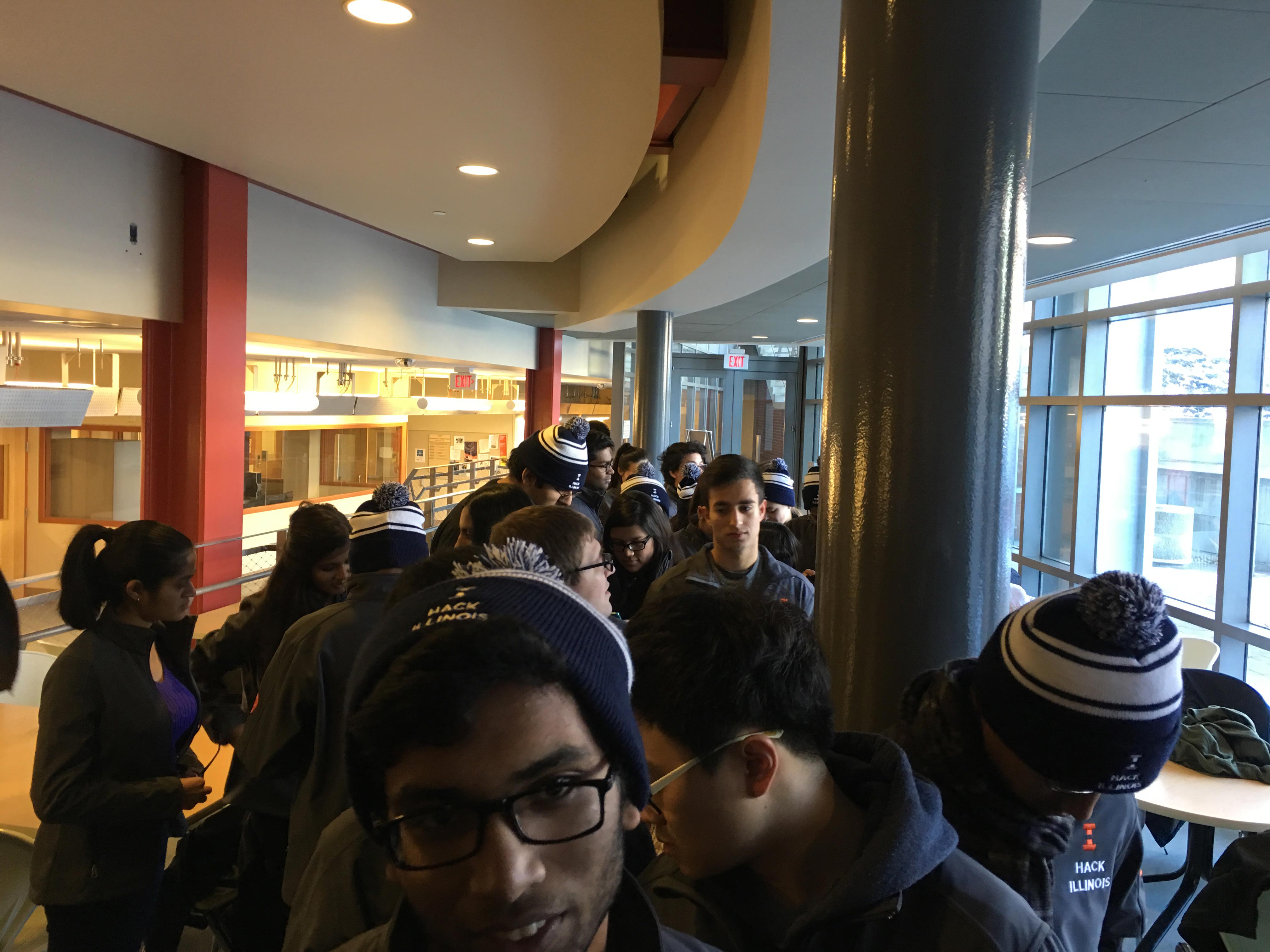 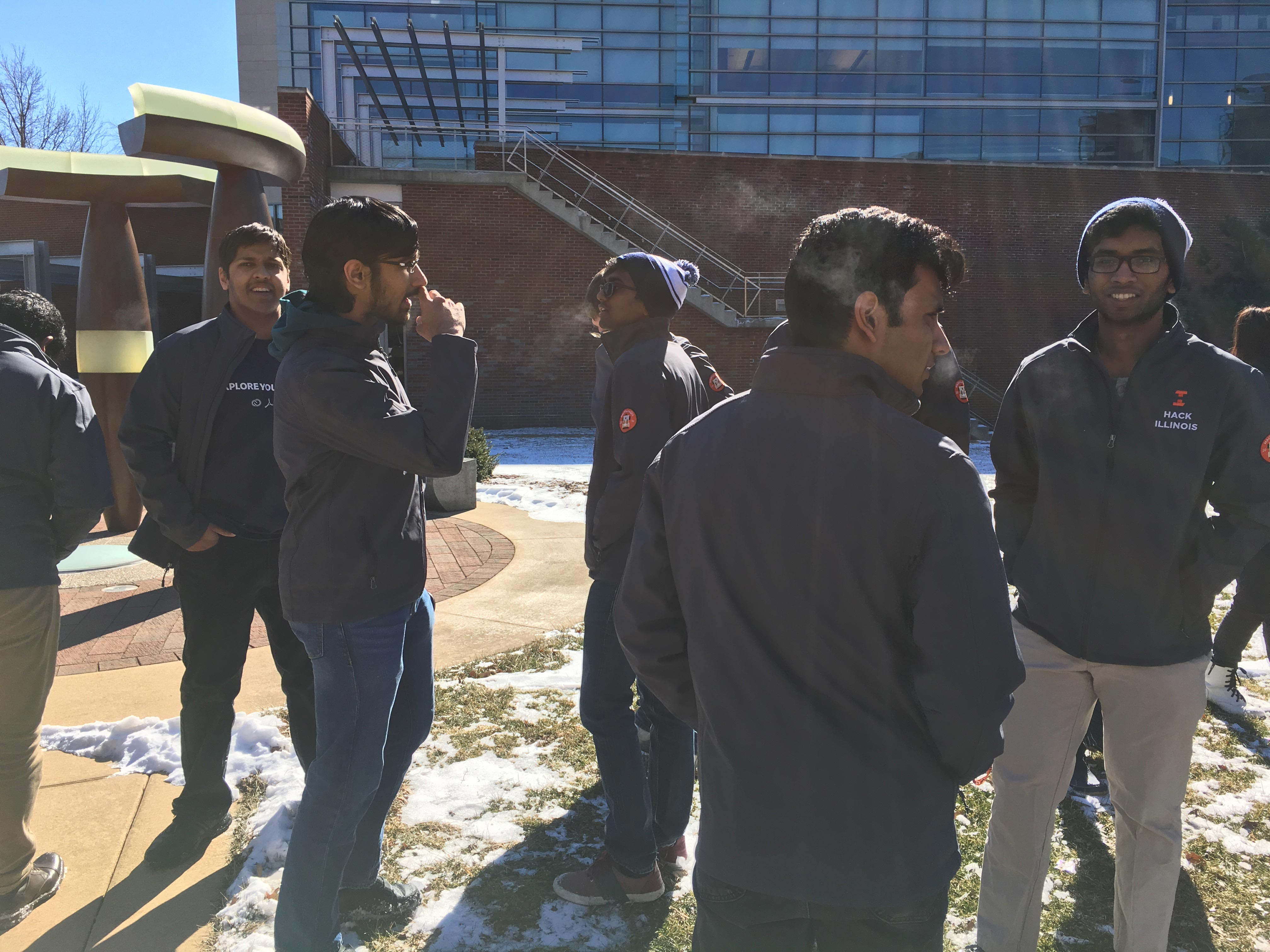 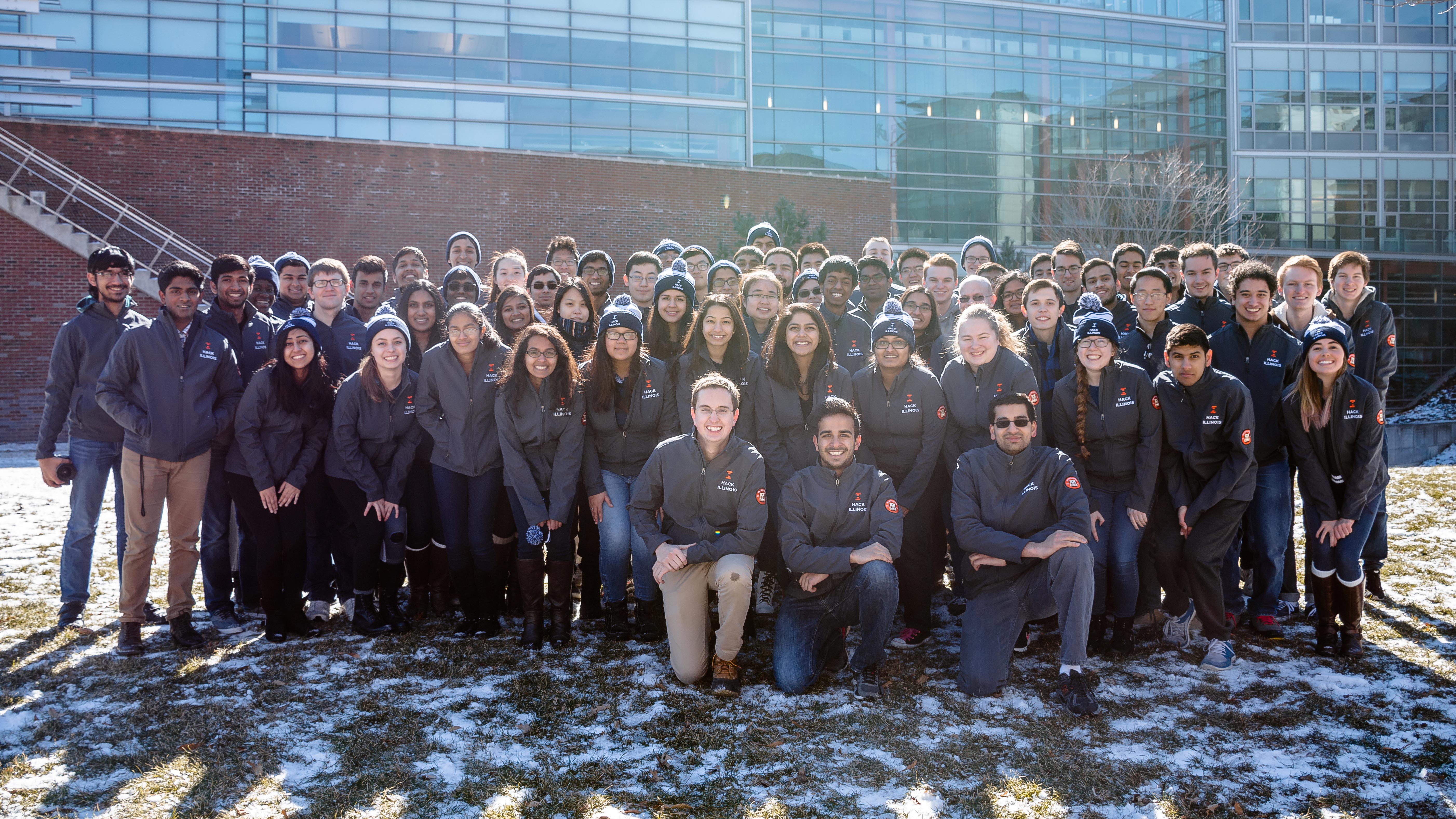 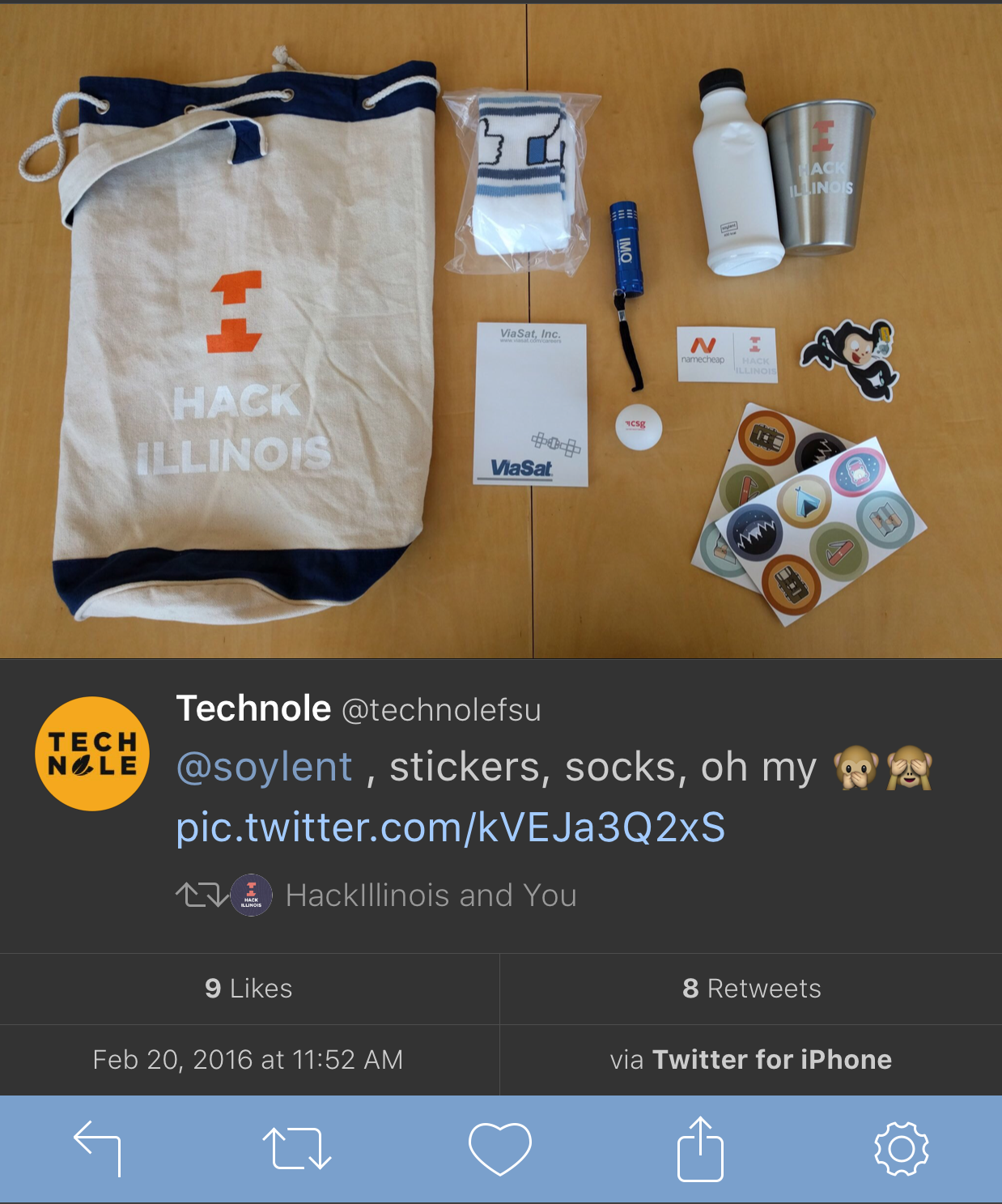 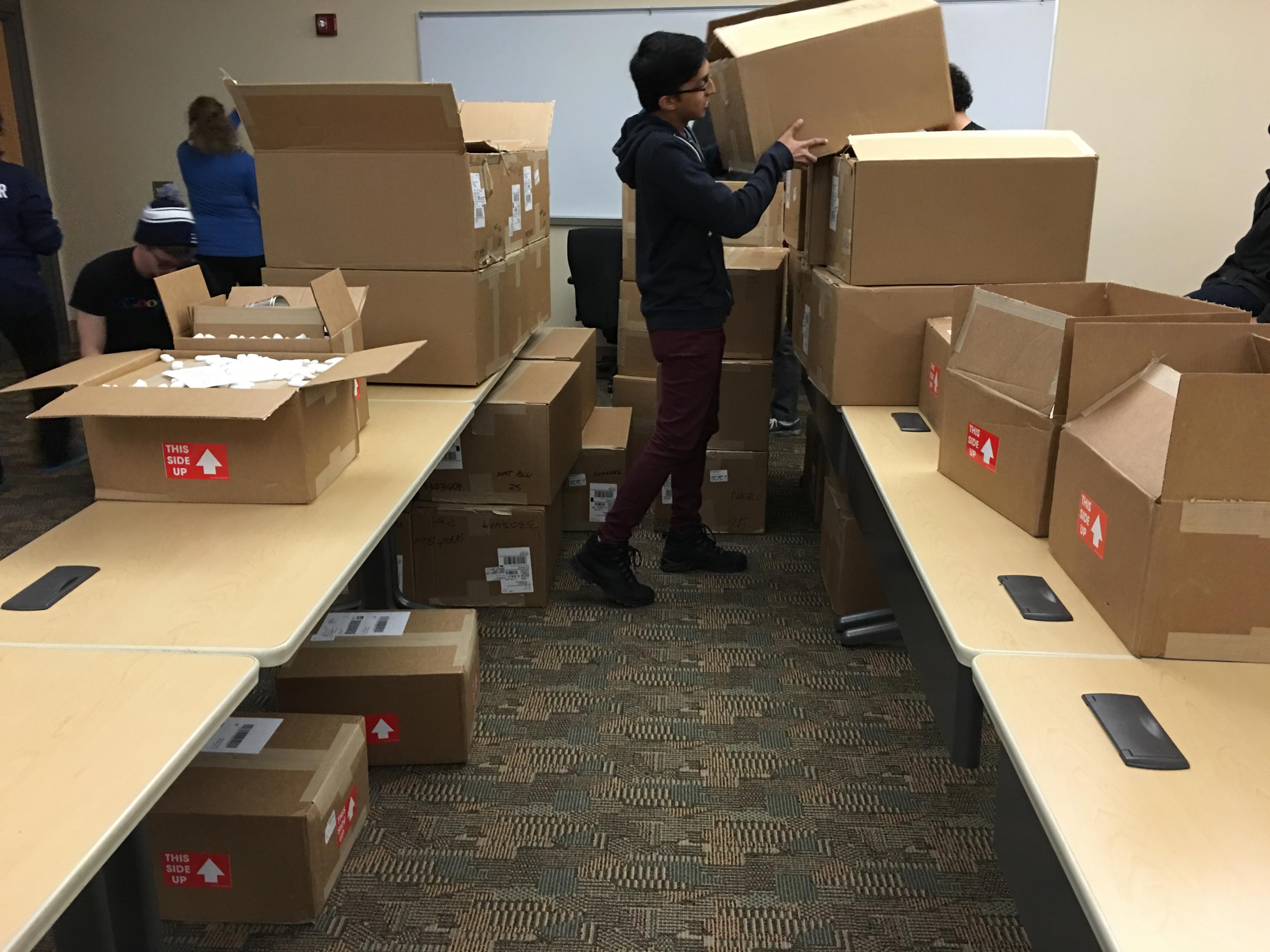 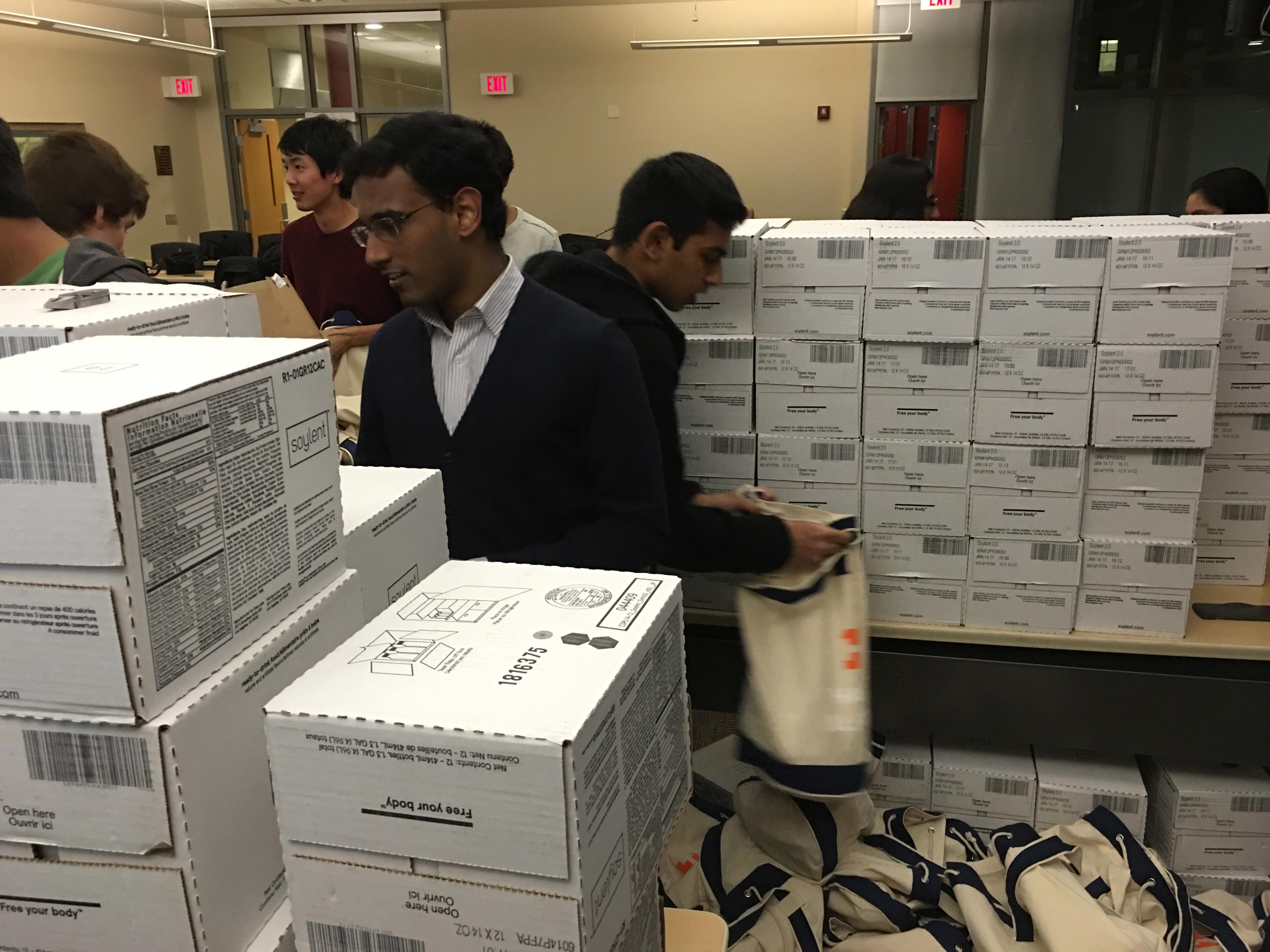 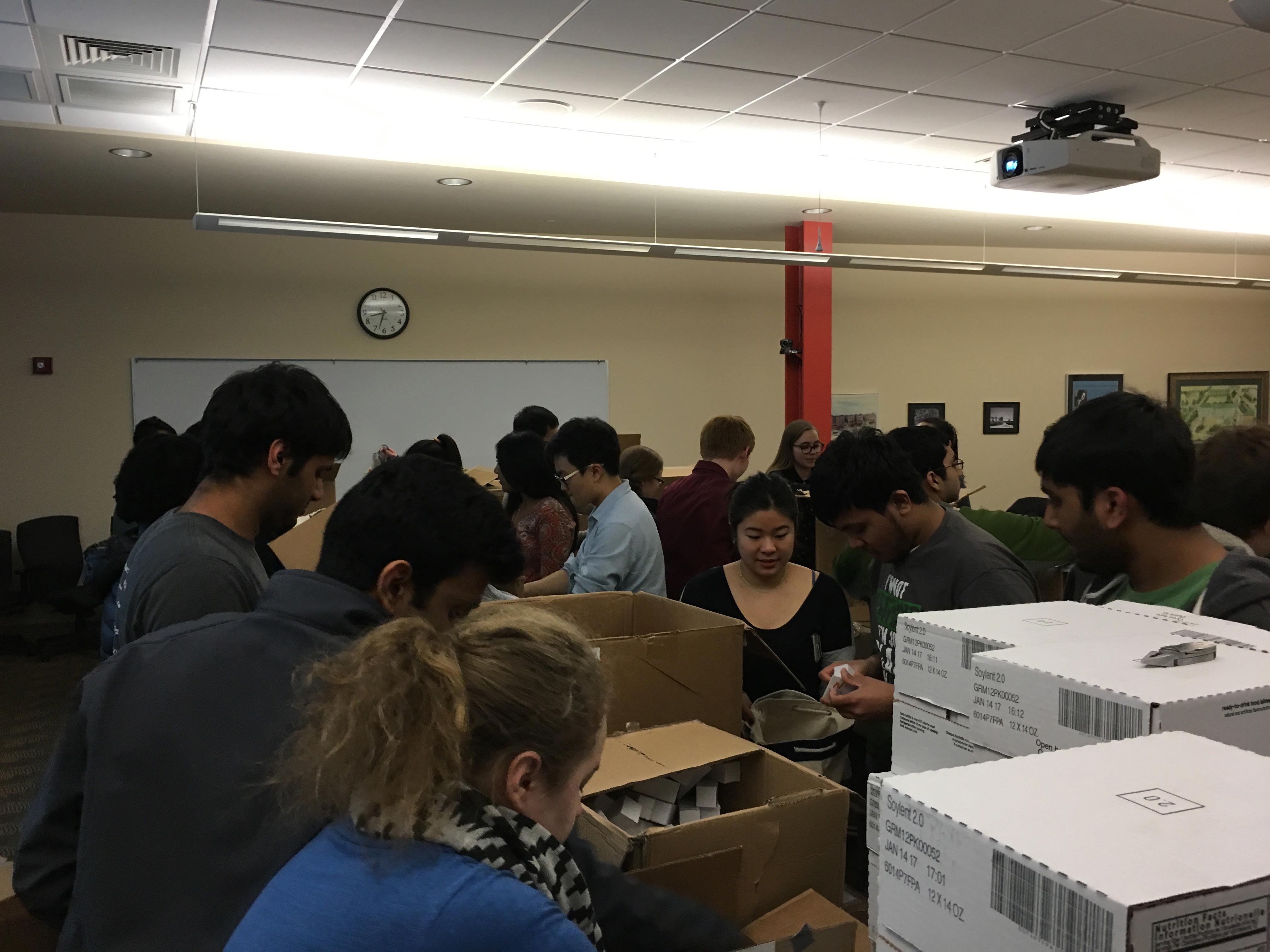 We had a lot of soylent. 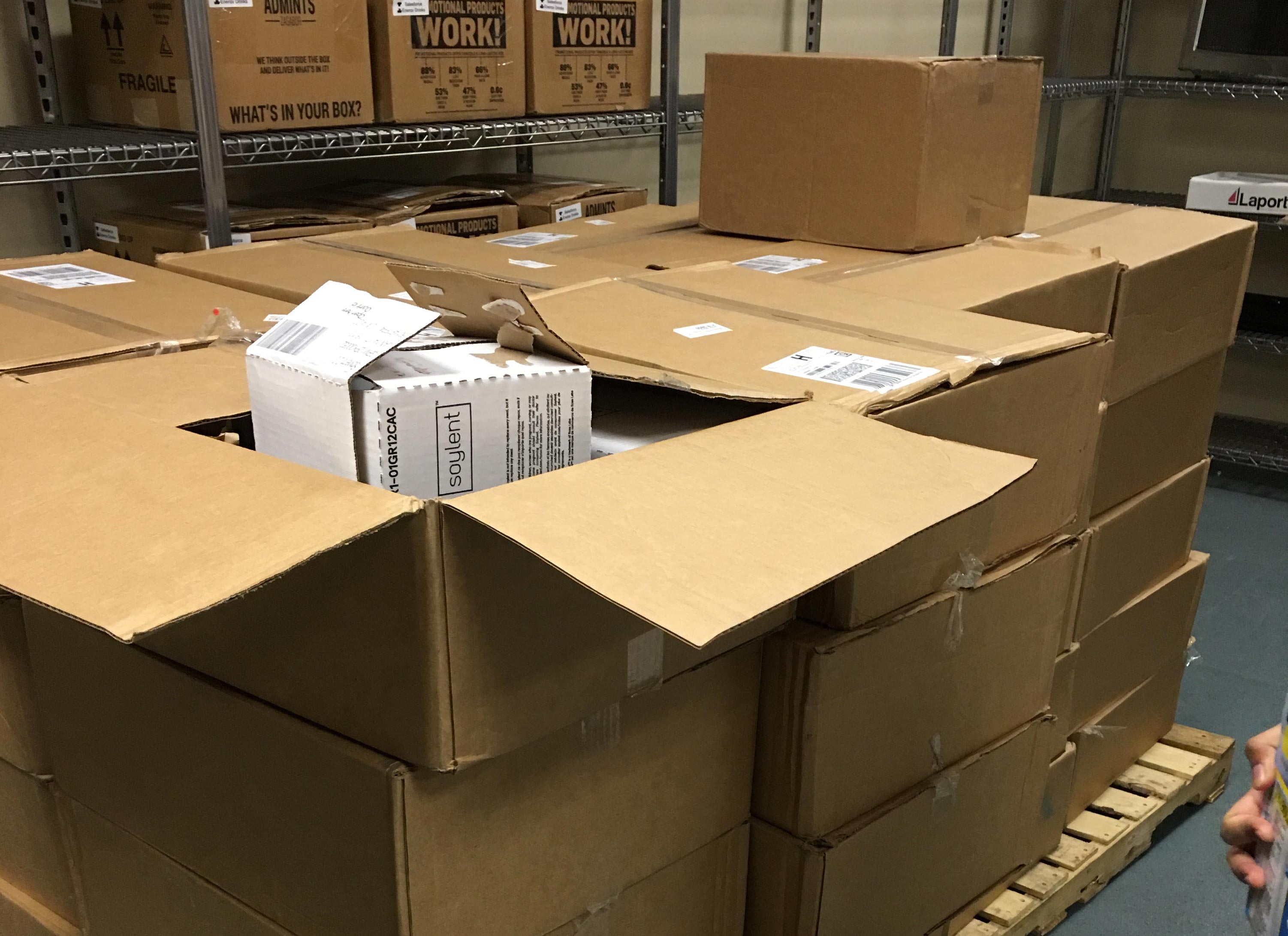 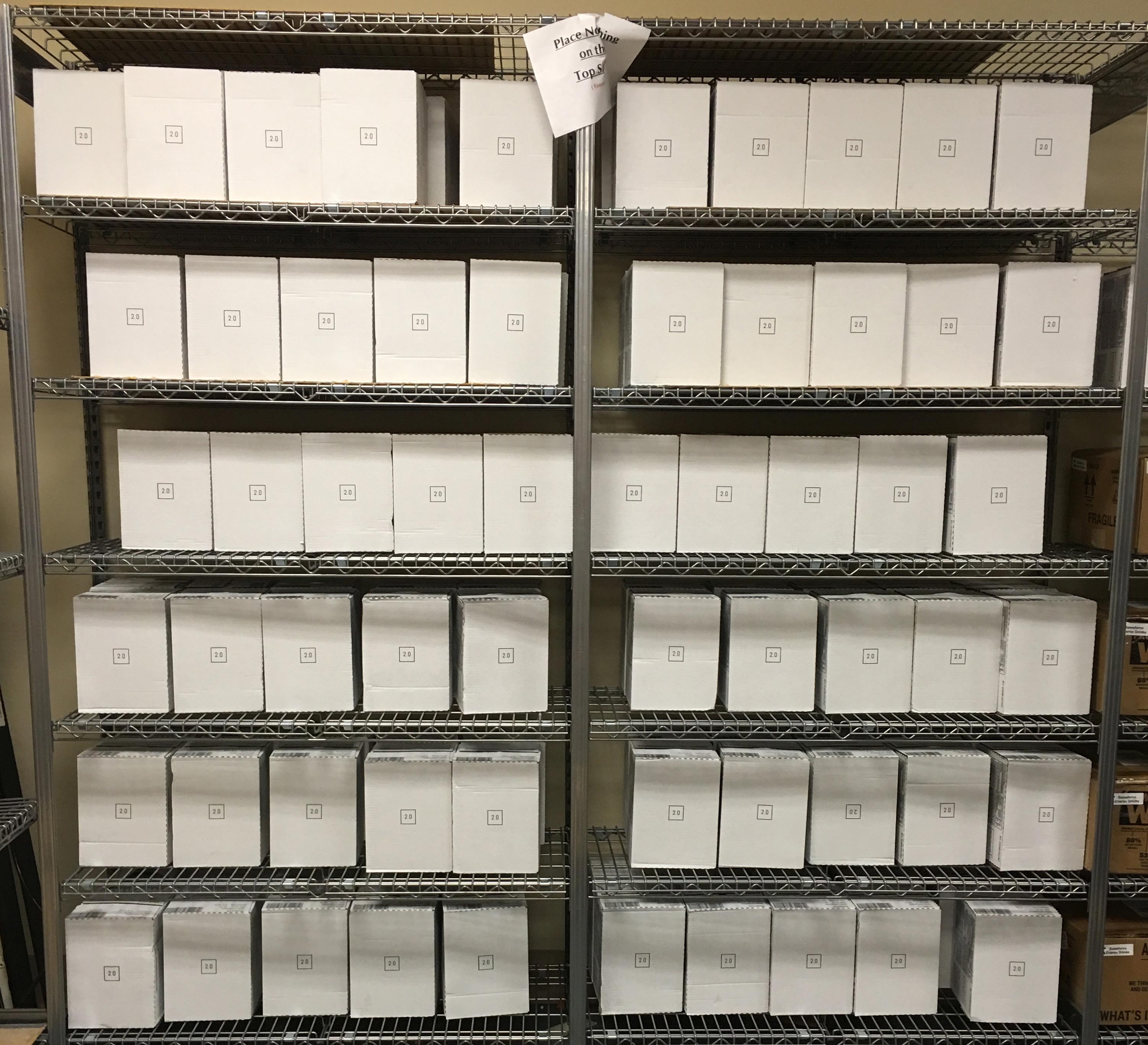 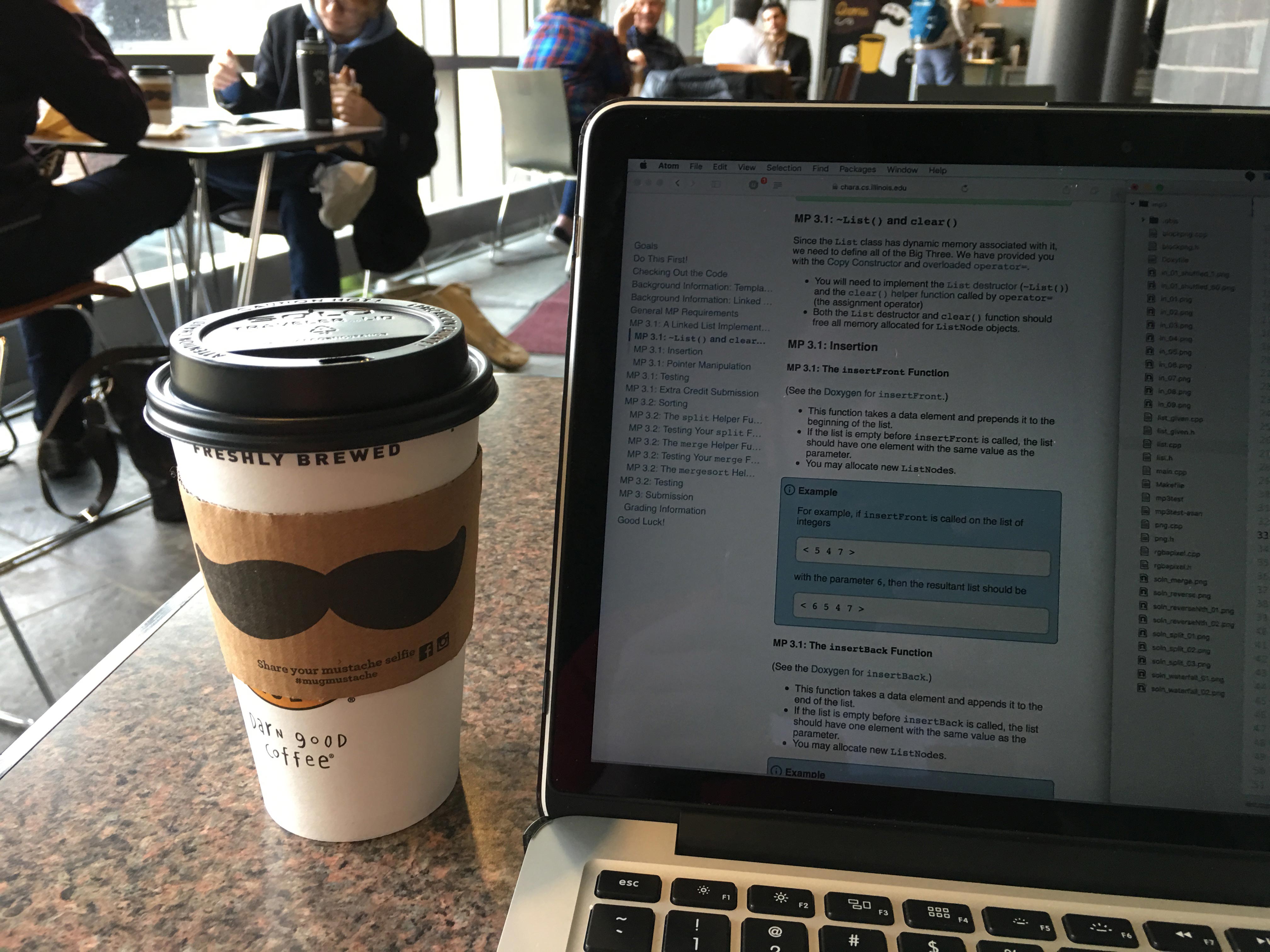 My Friday began with coffee and homework.

(Spoiler: I didn’t finish the assignment…)

The rest of the day involved setting up rooms, banners, tables, etc. in the two buildings we were using for the event. Rather than going into much detail about setup, I think this screenshot describes it rather well:

We laid out a lot of snacks. 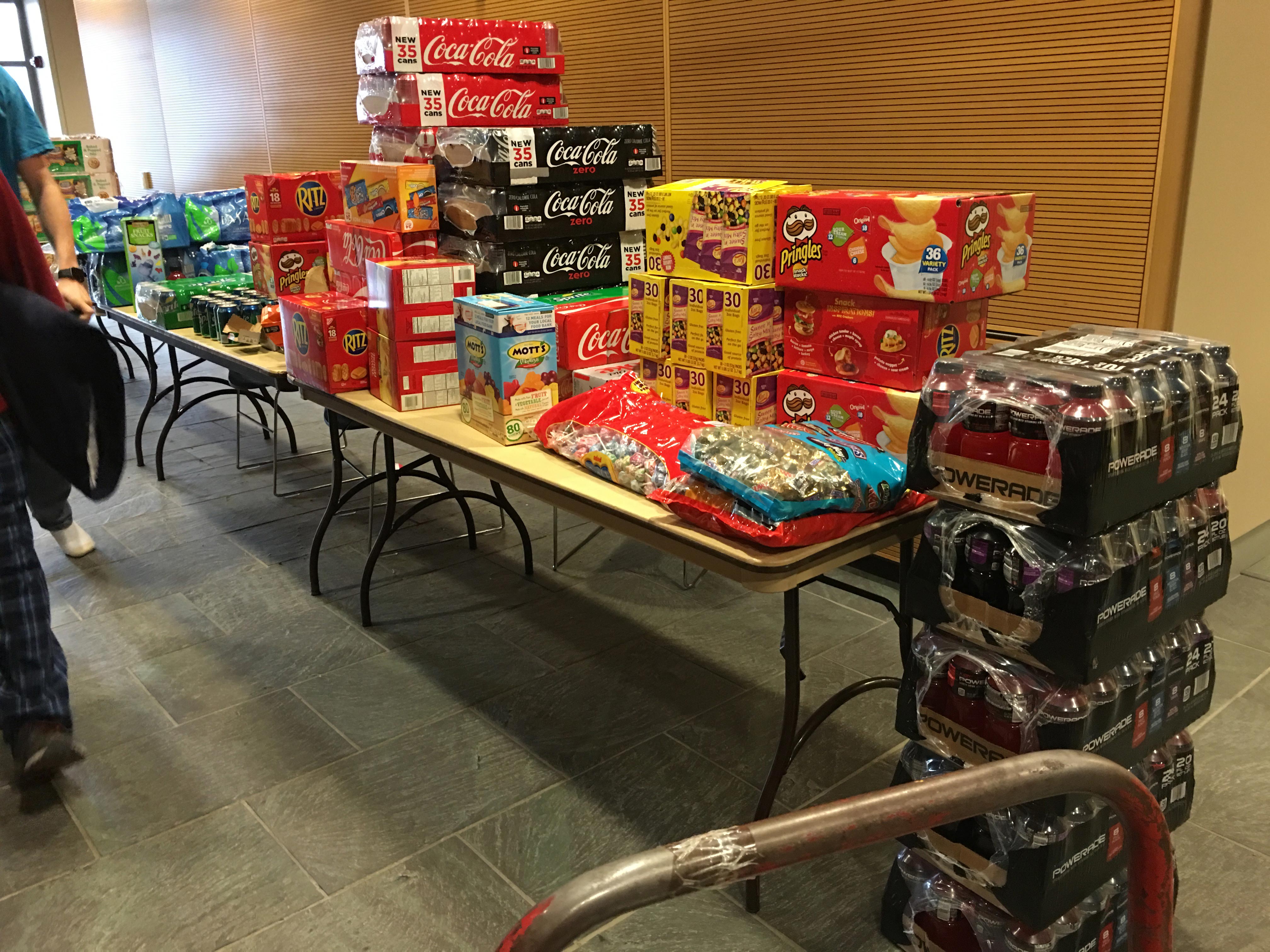 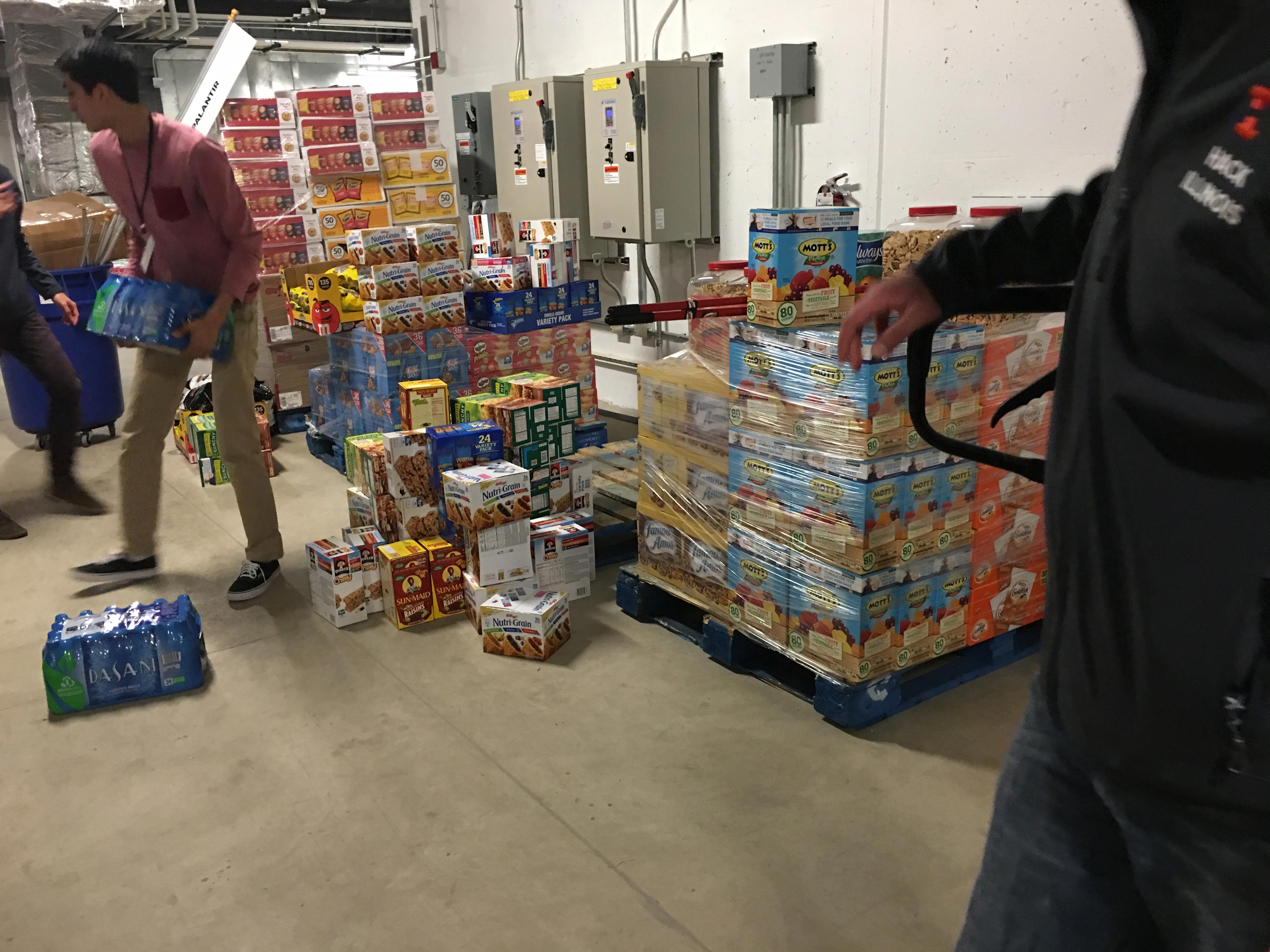 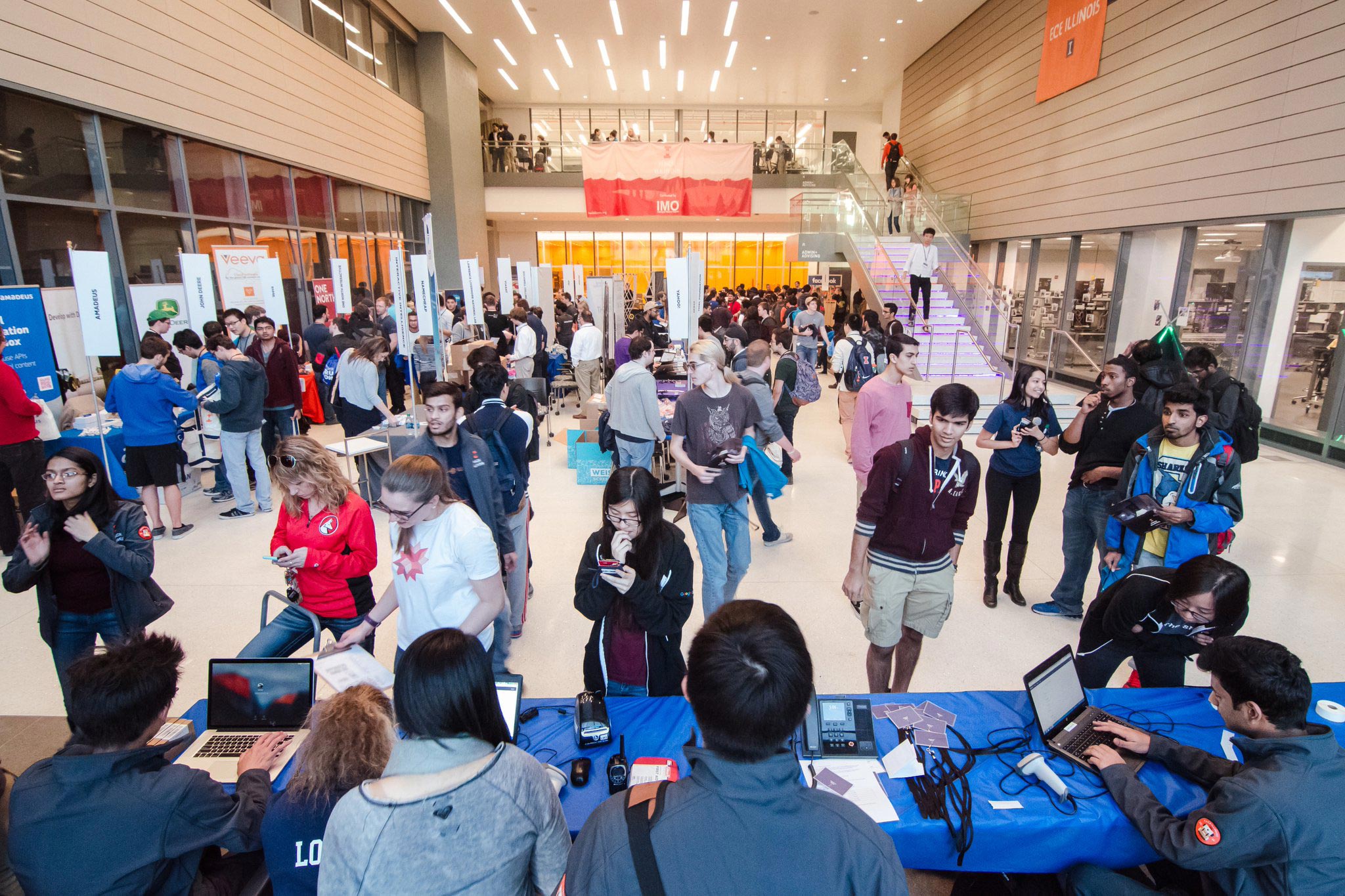 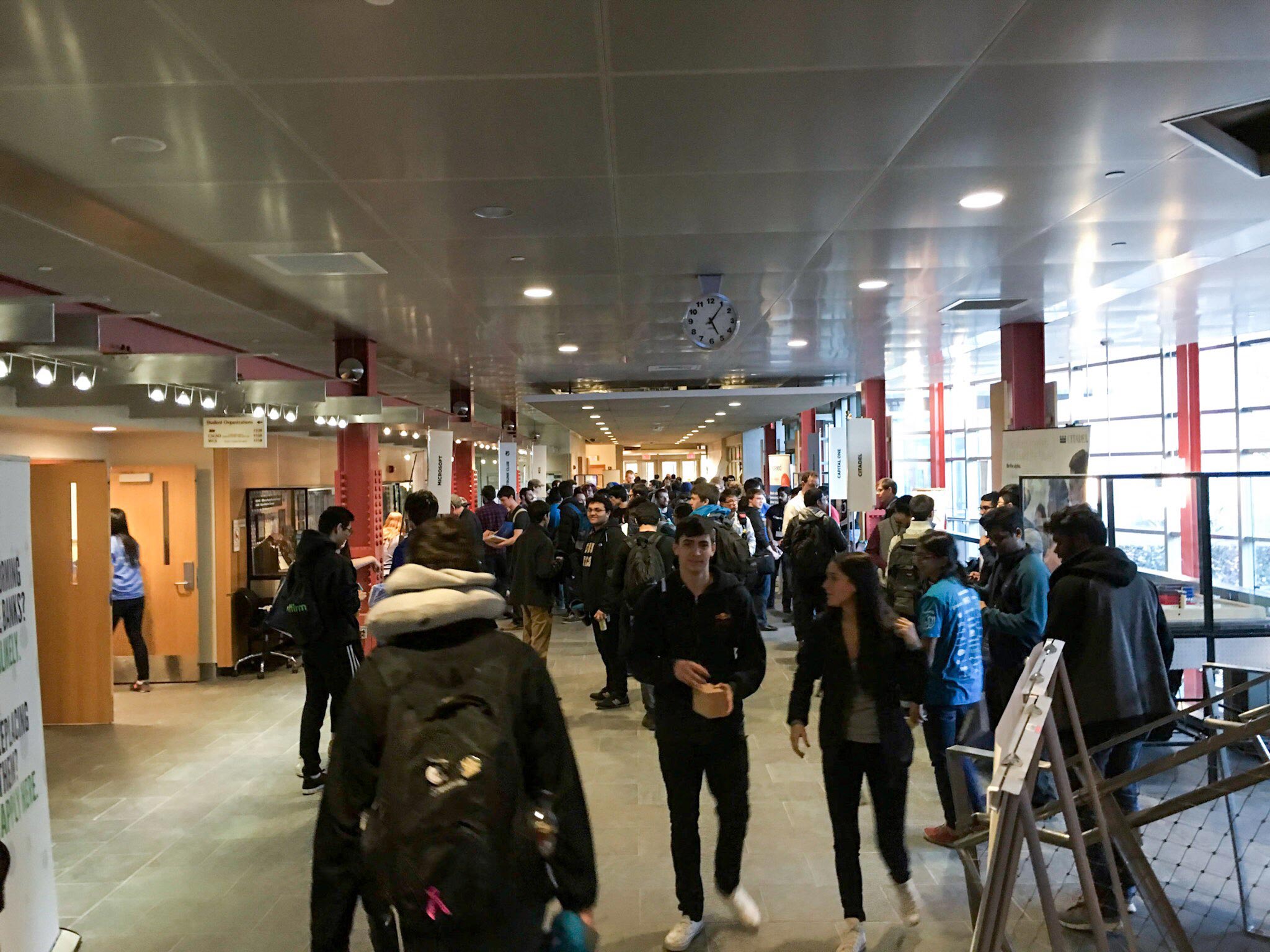 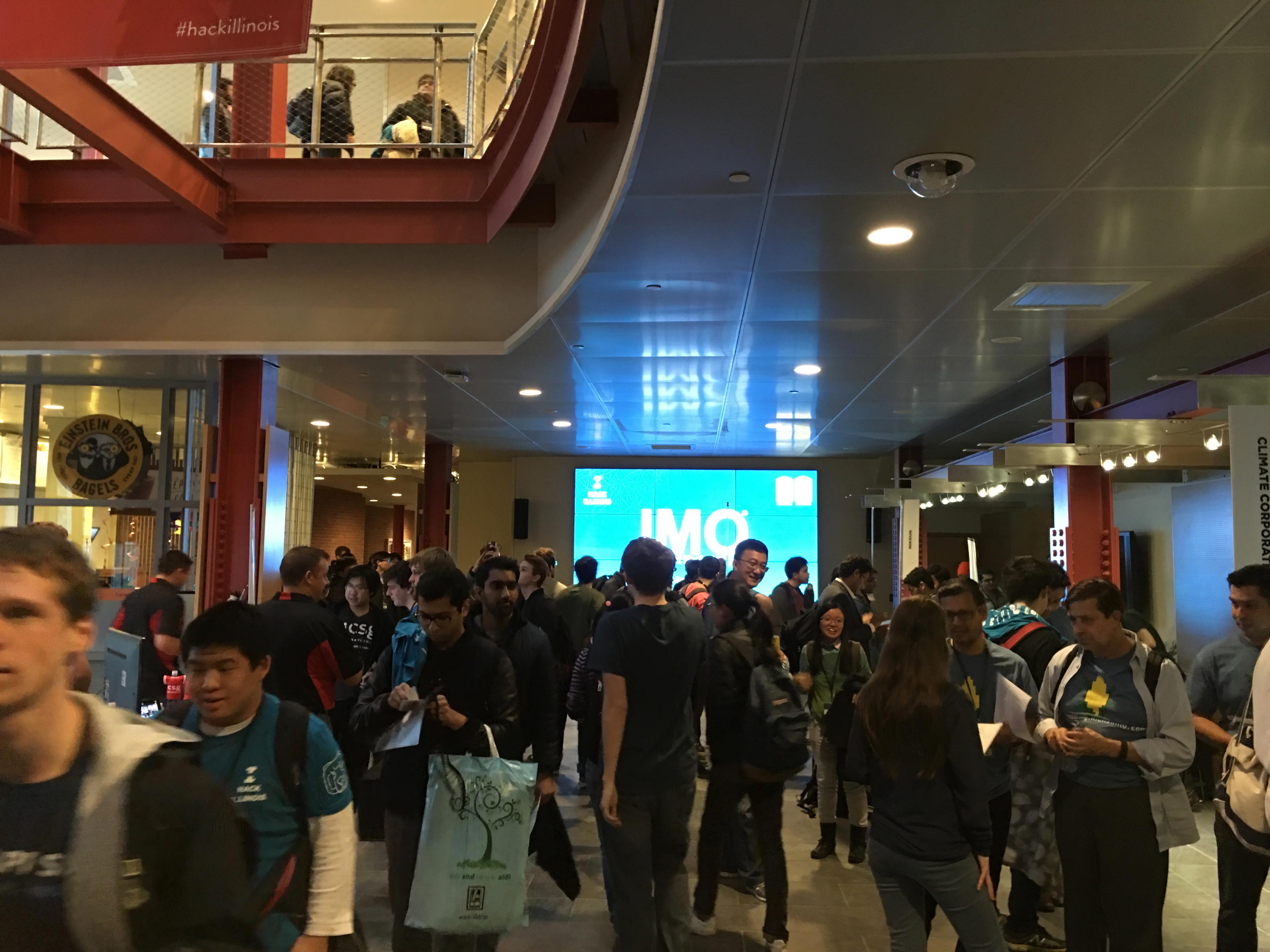 After a full day of running around, the majority of my night involved manning the Siebel “Help Desk.” Both buildings had a desk with at least one staff member the entire event, so that someone could handle any emergencies or just make sure the event runs smoothly. Since Friday was the first night, we had plenty of late arrivals checking in. I had the unfortunate responsibility of informing the hackers of whatever we had ran out of most recently (swag bags, t-shirts, lanyards…) and get them fed as fast as possible. We also had a lot of volunteers during the weekend, and they were also checking in every four hours or so, and needed things to do. And, of course, sponsors needed to be checked up on, to make sure they weren’t missing anything at all, like power strips, adapters, cables, water bottles, etc.

I also ventured downstairs to the basement prior to meals, to help organize the hackers into lines, make sure everyone was aware of the meal options, and how that specific meal/snack was being ran. I headed home around 2 or 3 AM, desperately needing a few hours of sleep and revival in the form of a shower. On to Saturday…

A majority of hackers sleep between 4 and 8 AM, so HackIllinois didn’t really pick back up until about 8 AM, which coincides with breakfast. I arrived at about 7:30 to help with breakfast, and realized that we were terribly understaffed. It just so happens a lot of staff went home around the same time block, and so my arrival was really well timed. I was manning the help desk again for most of Saturday, but it was a lot calmer than Friday evening, because people were busy hacking away and nothing required staff’s immediate attention. In the evening, we were reimbursing gas receipts, and so our treasurer took over the help desk. Later in the night, we had Nerf, one of HackIllinois’ more popular attractions. I elected not to go, even though we had a staff vs. sponsor game.

By late Saturday, most of staff had realized we were really packed with hackers. Surprisingly, we weren’t running out of food, but rooms were packed and we ran out of almost all our extra provisions. We found out that we had gone about 400 hackers over our planned capacity, and this caused some interesting problems. Feeding 1200 hungry hackers is really hard, feeding 1600 hungry hackers is even harder. On Saturday night, at almost every hackathon Apple sponsors, they buy Insomnia cookies. HackIllinois is no different. The issue this time, was that, well, we didn’t have cookies for those 400 extra hackers, and Apple wasn’t able to get more money approved to buy extra cookies. Luckily, we save a lot of our budget for last minute purchases like these, so we decided to buy the remaining cookies ourselves. Insomnia doesn’t have local store phone numbers though, so we were waiting 20+ minutes with their corporate number trying to buy some more cookies, with little to no success. To expedite the process, we had a staff member run over to the campus store and place the order. Great! More cookies.

Two hours before these cookies were supposed to arrive, Core realized that Apple had already ordered sufficient cookies. We didn’t want to wait on the phone again, so I decided I would take an Uber to the store to cancel the order as fast as possible. Here’s the receipt I got from the Uber ride:

Yes, that’s correct. I never got out of the car. As we were arriving at the store, I was told that we were able to cancel the order over the phone, and my trip was no longer needed. I embarrassingly asked my driver if he could take me back, and then sat quietly in the car hoping that my Uber passenger rating wouldn’t go down because of this. After the ride, I headed back home, anxiously awaiting my shower.

Before I left Saturday night, I planned on going back at about 7, so that I could help with breakfast setup and wrapping up the event. I set my alarm for 6:30 to allot ample time to get out of bed and make my way over to Siebel. That didn’t happen. I woke up at 10:30 and felt absolutely horrible as I checked Slack and saw fellow staff members transition from “where is he?” and “where are you?” messages to “looks like the alarm didn’t work” and “rip.”

Sunday was the last day, which meant a majority of staff was in the Union setting up for the closing ceremonies and expo, but I was asked to help with the hardware checkout, since we knew that the mad rush to return hardware always needs a few people to handle. Because of this, I got to chill in Siebel and work on homework due later that evening (which I did finish, to my own surprise) and reflect on the event. As soon as the ceremonies ended, all of the hackers quickly gathered their things and our Spark Cores and Pebble Steels to return. It ended up going a lot smoother than anticipated, more or less because of how calm we were. For some of the more expensive hardware, we had to sift through the box and make sure nothing was obviously damaged, and that everything was in the box before we handed back the hacker’s precious ID, while also reassuring them that their bus wouldn’t leave without them. After everyone left, we re-inventoried the hardware and shipped back whatever we had borrowed, and stowed away all of the things we personally owned.

Even though the weekend was great, this was the best part: 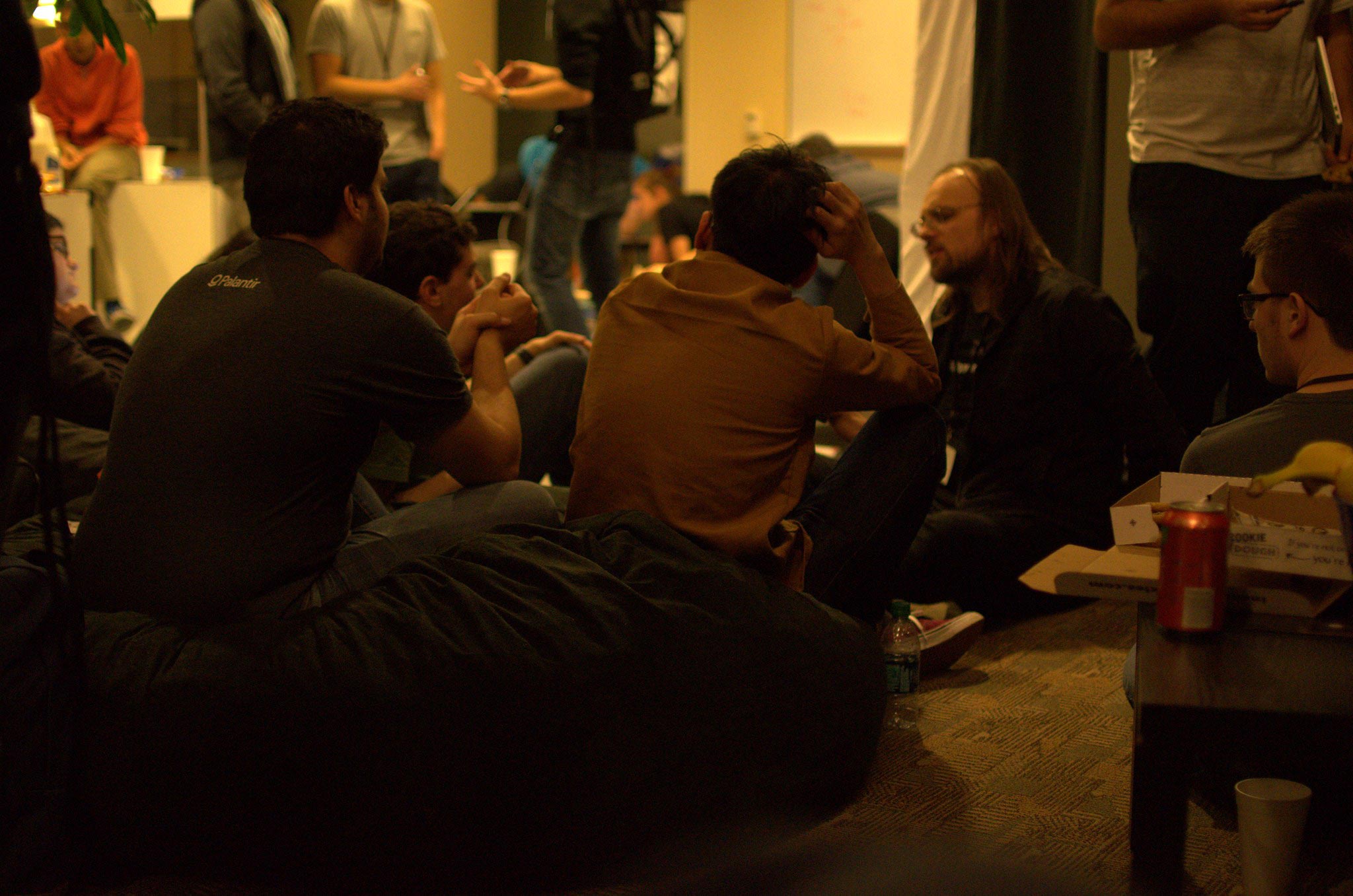