I was scheduled to attend a job shadow at AkunaCapital in downtown Chicago.

My day began early, I had to catch a 6:45 AM train. I packed my trusty Timbuk2 messenger with my laptop and some resumes, and began to imagine what sorts of technology a financial technology firm would have in their office. 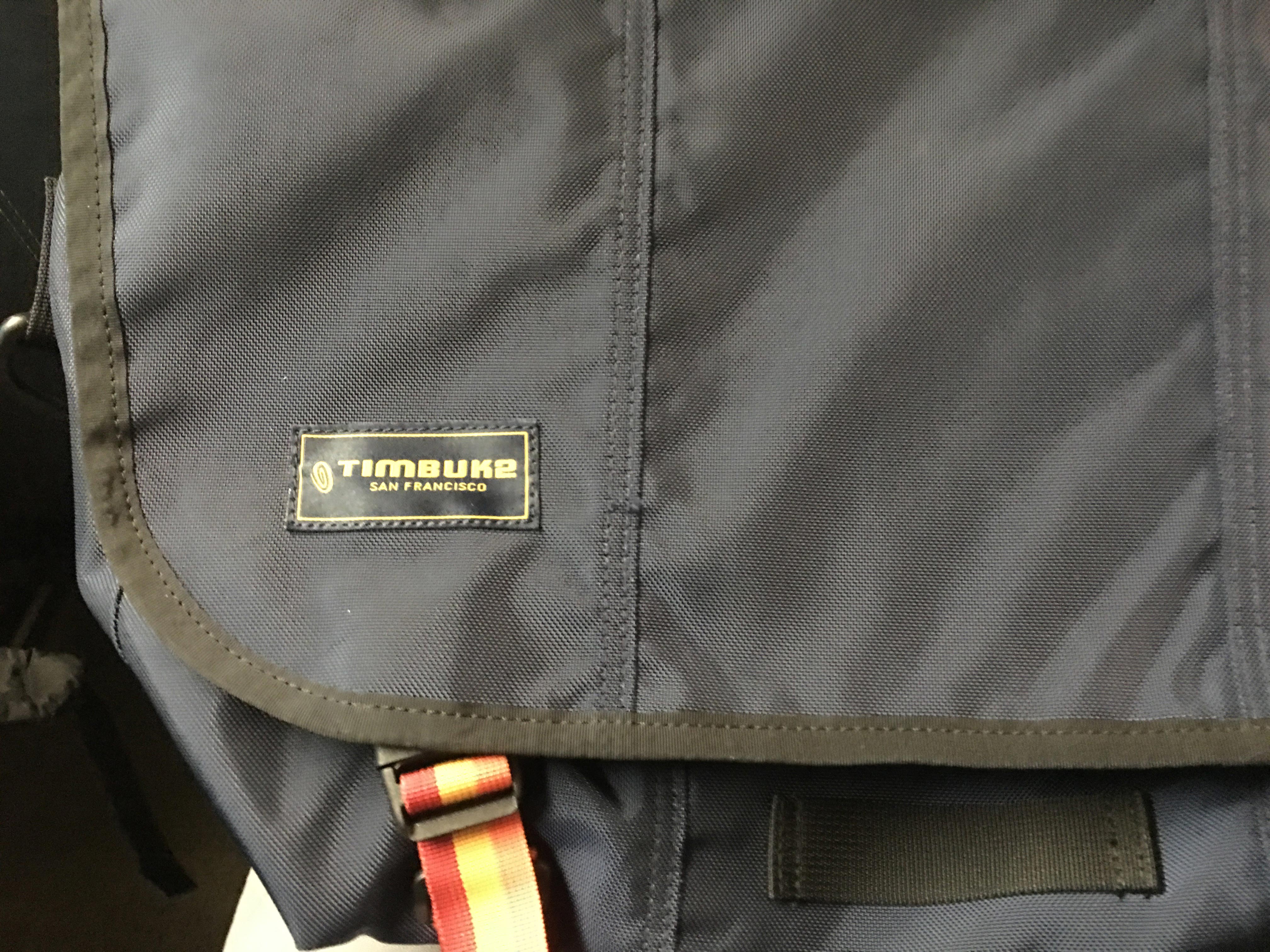 It was an especially chilly Chicago morning: high of 1, low of -9 (without wind chill…) but I still made it to the local station with time to spare. I arrived in the city fairly early - about 8 AM - and needed to be in the office by 8:30 AM. 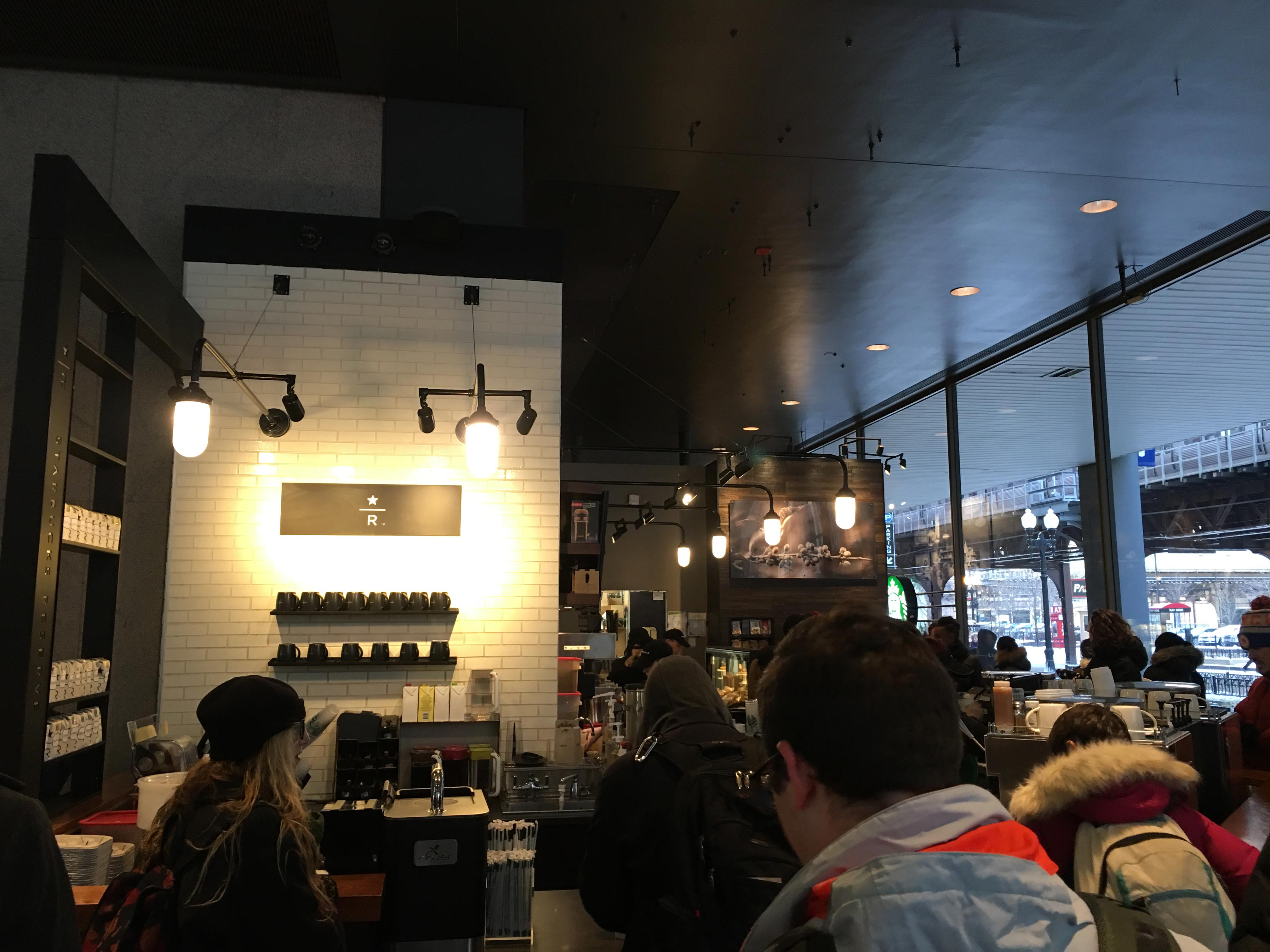 I really need some caffeine in the morning, and there just happened to be a Starbucks right next to the building I was headed to. I was originally going to walk from Union Station, but the wind helped convince myself otherwise. I ended up taking an Uber, and had plenty of time to get my badge, find the office, use the restroom if i needed to … 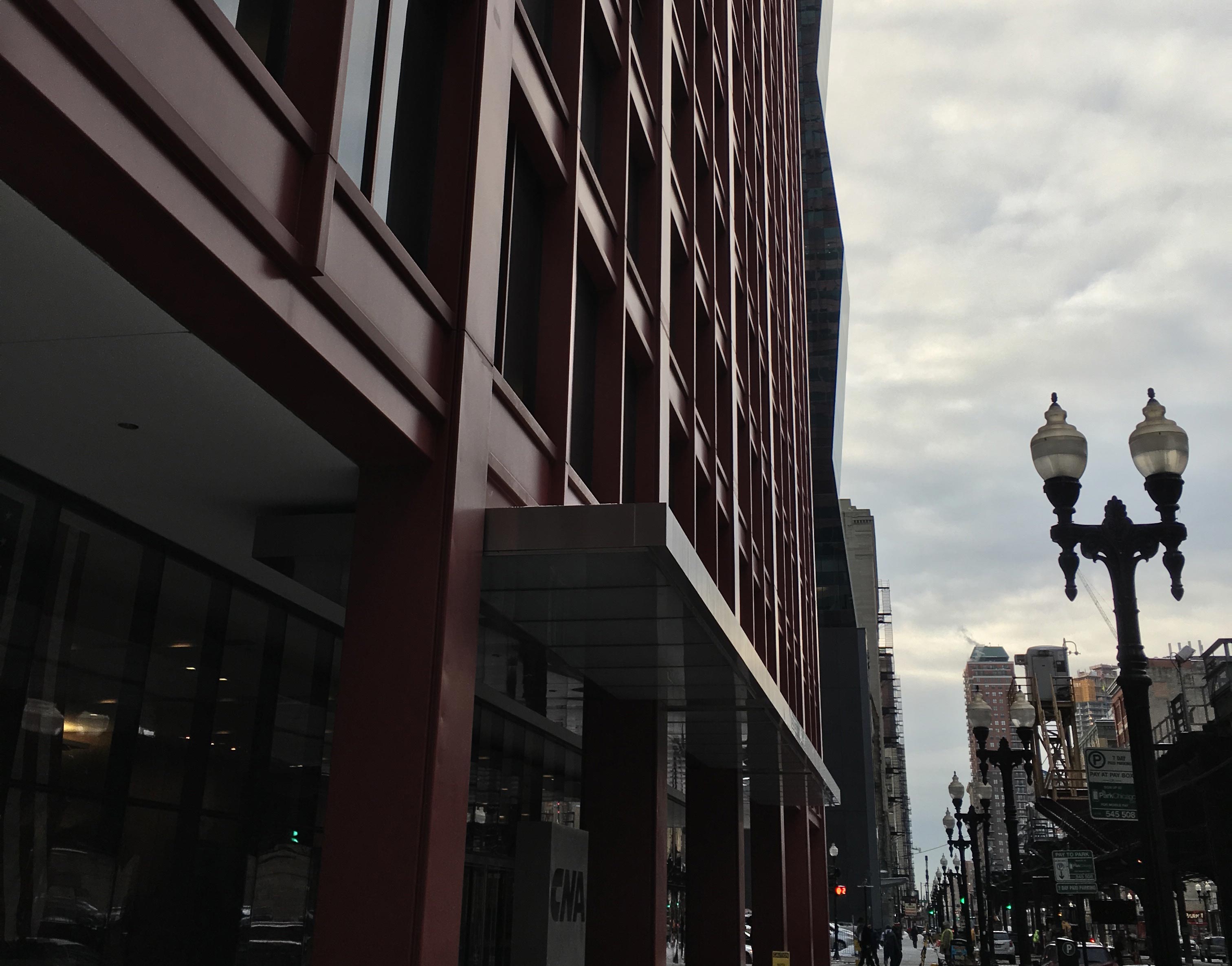 Good thing I had given myself some extra time, because whoever had put in my name in the guest system had incorrectly entered it. It happens all the time. However, they were quick to resolve the problem - my contact called the desk and made a new entry, using the proper last name, and I got my badge and went up to the 24th floor. 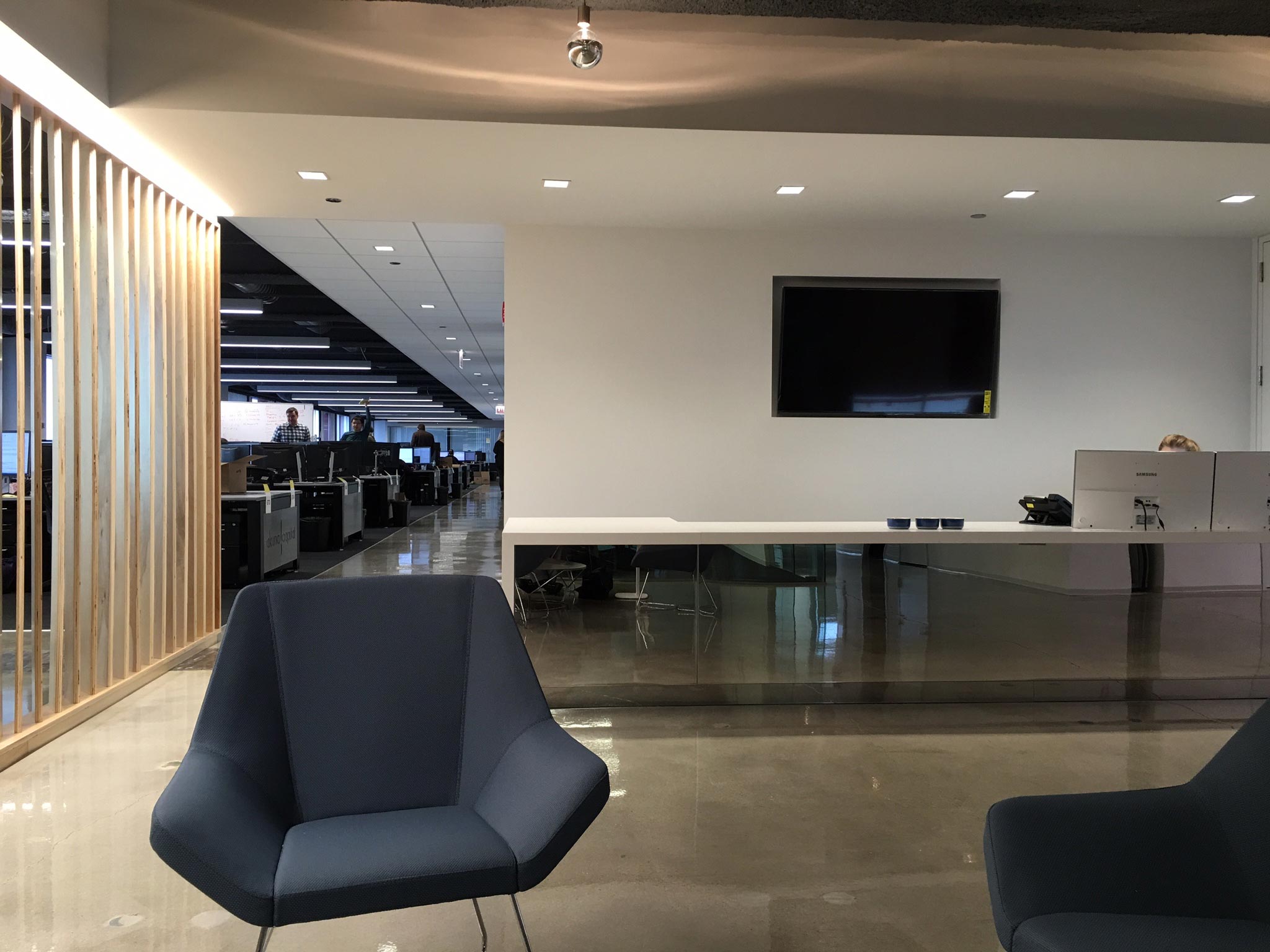 Their office is really beautiful. They recently moved in, on the previous Monday, just two days before I visited. I sat in the lobby waiting for the other student. Shortly after, our tour began. 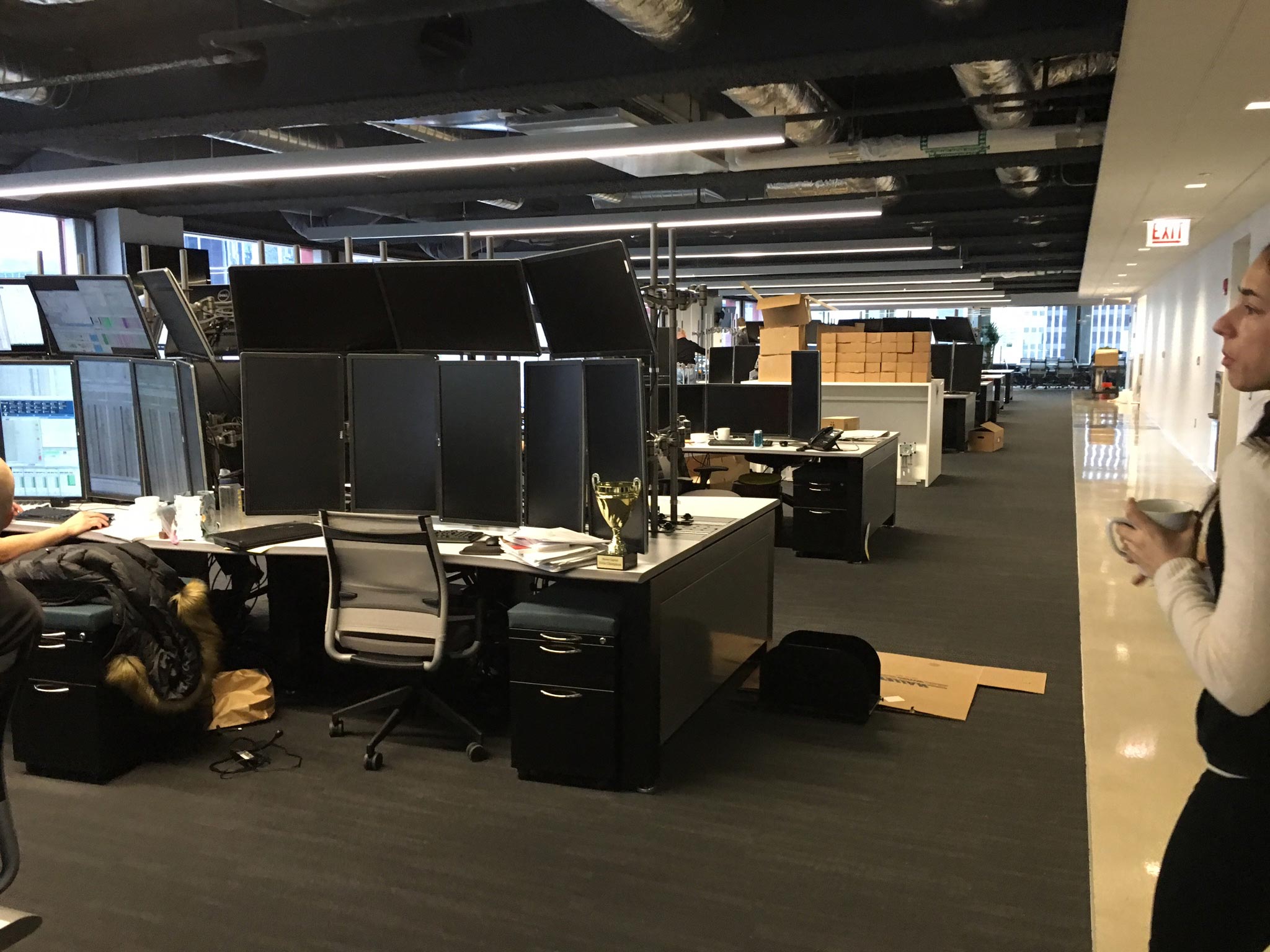 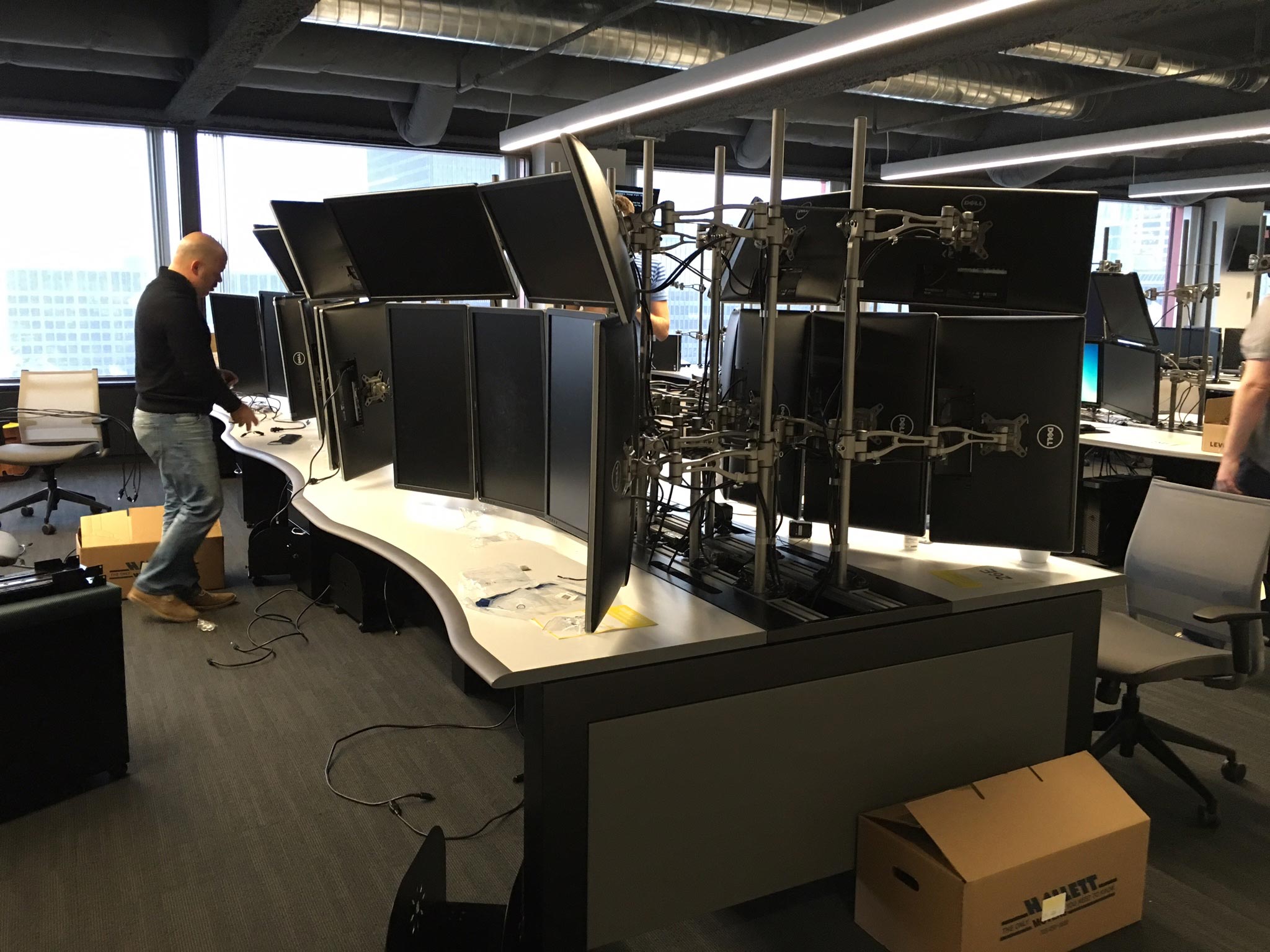 After the tour, I got to spend about an hour from different engineers - one from every team - and hear how their specific role worked into the grand scheme of things. (I also observed how someone can use 8 monitors and still need more screen real-estate…)

There are internal web developers, that build the visualization tools for the traders. The traders decide what parameters to feed the automated trading tool, written by some other developers. And the coolest of all - there were algorithm developers, trying to figure out how to use past trades to best predict what other trades the automated system should make.

Up until this point, I was really awestruck. They were working with bleeding edge, extremely fast systems, and it seemed really rewarding. But then, I had the chance to speak with a manager, and he really was able to hook me even more. Here’s the thing: a company like Google, or Apple, or Microsoft - they have customers. Every time an engineer works on a piece of code, they can’t just roll it out. It gets lumped into 10, 20, maybe 1,000 other features and released after rigorous testing, and then, you are able to get feedback from the people you wrote the code for. But at Akuna, their customers are themselves. The traders who pick out the parameters sit on the other side of the office. When an engineer builds a new feature, they test for a day or two and deploy immediately. They can walk over and see their code in use, and immediately obtain feedback. This sort of rapid release and feedback cycle seems incredible. 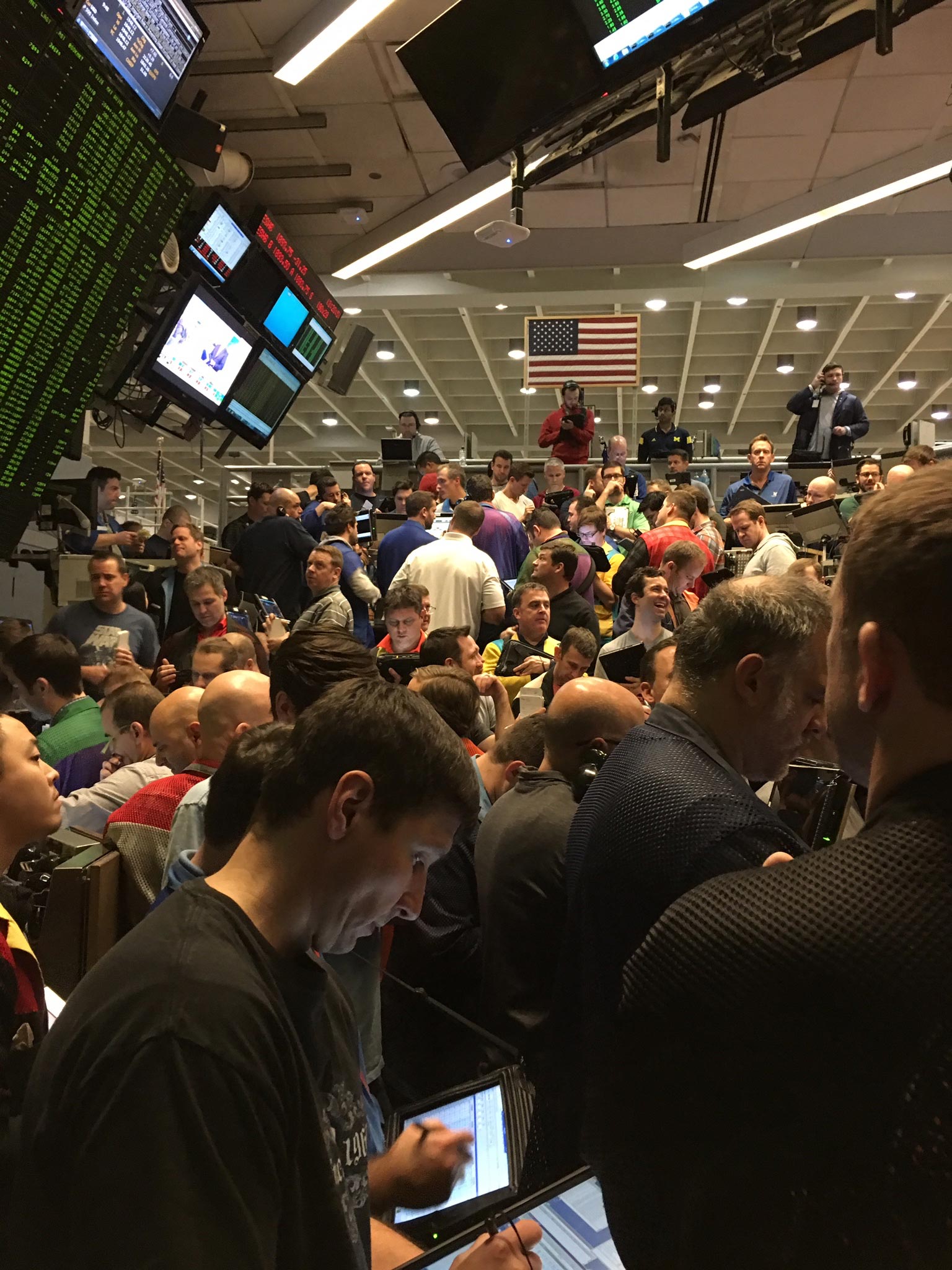 End of an amazing day

On my way back to Union Station, I found a different Starbucks and wrapped up a coding challenge on HackerRank, met up with some friends for dinner, and headed home. 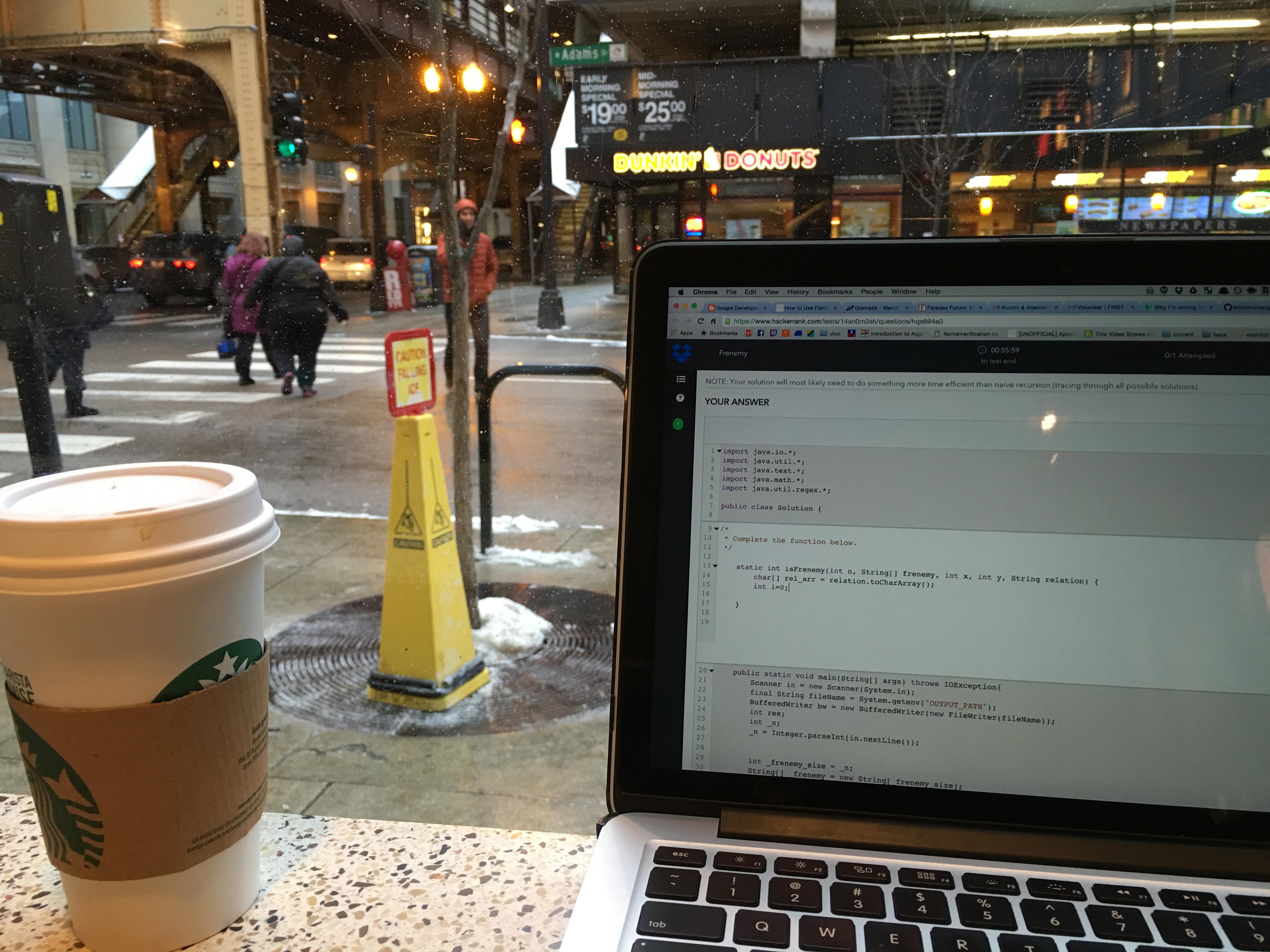 That day really validated one of the two reasons: variety. Computer science is literally being used in every single industry. My goal, during these next few years, is to see the different areas I can work in after I graduate. The other reason I like computer science is accessibility, and I guess we’ll save that for another blog post.